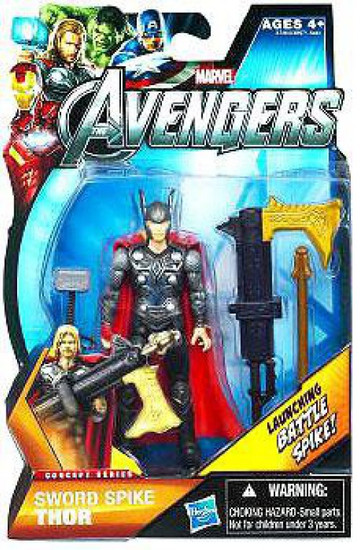 Even with his powers stripped away by the command of his father, THOR is a mighty warrior. But when he holds one of the mystical weapons of Asgard in his hands, no force on Earth can stand against him. His hammer can demolish any obstacle before him, and his axe can cleave any resistance in two.

This Sword Spike THOR figure looks just like the amazing hero you already know! But this figure doesnt just come with his signature hammer. He also comes with a battle axe that launches a battle spike at any enemy who dares to take him on! Load him up and get him ready to fire. Hes ready for anything and your Sword Spike THOR figure will take your battles to the next level!