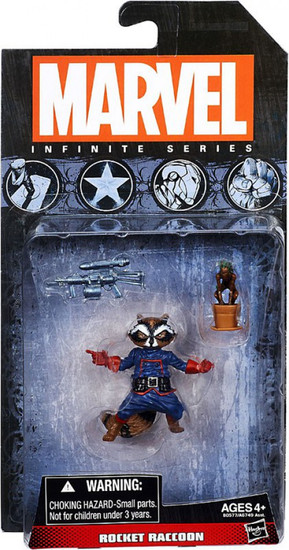 Thanks to his tactical genius and weapons expertise, Rocket Raccoon played a vital role in defeating the Phalanx invasion of the Kree Empire. Now, he and his partner Groot have joined up with Star-Lord and the Guardians Of The Galaxy! Start the battle of good versus evil with this hardcore Rocket Raccoon figure! This Guardian of the Galaxy trooper wields his weapons expertise and blaster against the enemies of the cosmos. Will he be able to prevent interstellar disaster? It's all up to you - and Rocket Raccoon!
airocket
630509254415
86289
In Stock
New