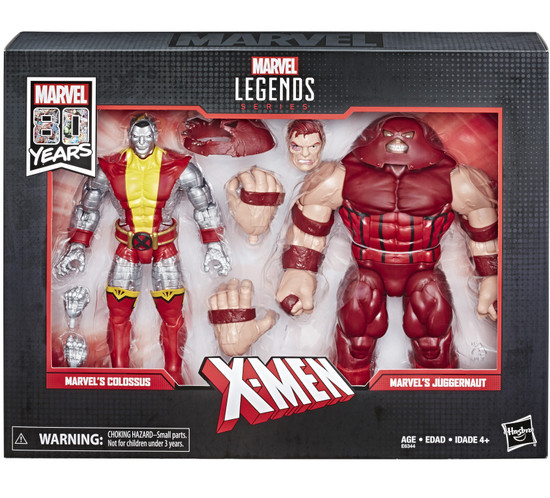 1976 Saw the release of X-Men 102, with its iconic cover featuring the mighty Colossus and unstoppable Juggernaut locked in combat, setting the stage for a rivalry that would shake the Marvel universe For decades. With this Marvel Comics 80th anniversary Legends series 2-Pack, fans can add a piece of Super hero history to their action figure collection. The amazing storytelling and culture-shaping legacy of Marvel Comics now spans 80 years. Inspired by both iconic Marvel Comic books and blockbuster movies from the Marvel Cinematic universe, these highly detailed 6-inch-scale Legends series action figures are a perfect tribute to that legacy.
colossusjuggernaut80
630509847433
292000
In Stock
New