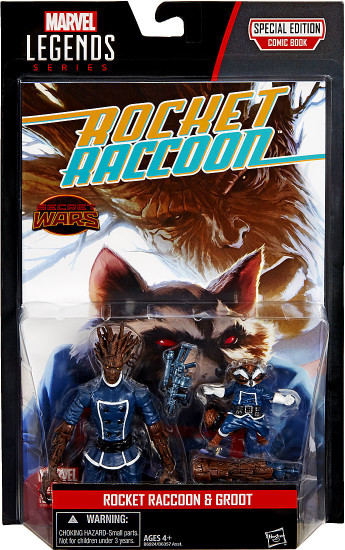 When justice calls for superhuman intervention, these Asgardian heroes join forces to defend their world and humanity.

With the Marvel Legends Series, both kid and adult Marvel fans can start a legendary collection of comic and movie-based Marvel characters. The Thor and Odinson figures in this Defenders of Asgard Comic 2-Pack are highly articulated and feature a comic-inspired design, making them another epic addition to the Marvel Legends Series. And with the included Limited Edition Comic, fans can read about their heroes in action and imagine a whole other world of Super Hero adventures!
racoongroot
630509452927
134950
In Stock
New