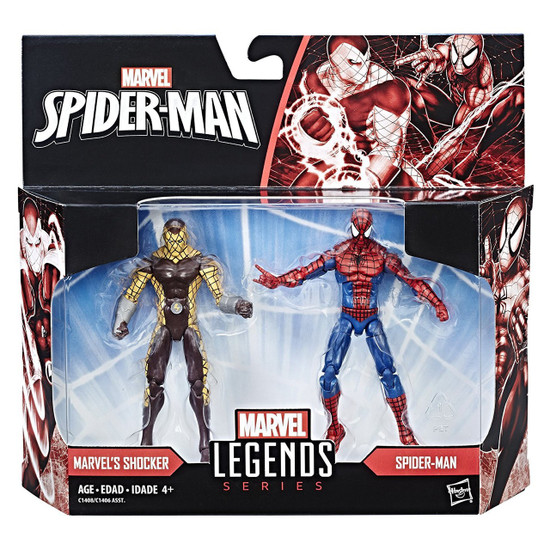 Peter Parker suits up for an electrifying battle against the super-charged villain, Shocker, as the web-slinging, wall-crawling hero, Spider-Man. With the Marvel Legends Series, kids and collectors alike can start a legendary collection of comic- and movie-based Marvel characters. With this Marvel Legends Spider-Man and Marvels Shocker 2-pack, featuring 2 highly-articulated and comic-inspired 3.75-inch figures, heroes-in-training can imagine swinging into battle and sending web blasts flying to take down the bad guys and protect the city. Copyright 2016 Marvel. Hasbro and all related terms are trademarks of Hasbro.
shockerspiderman
630509517220
160894
Out of Stock
New