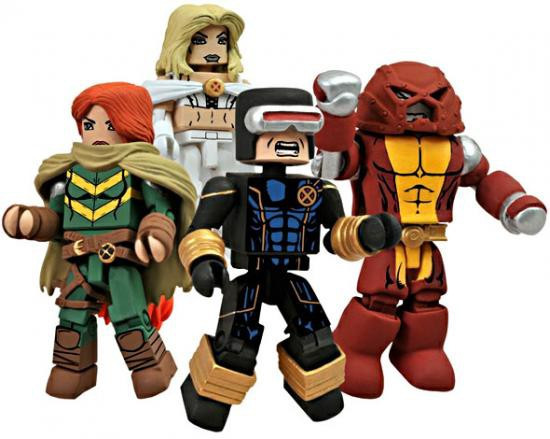 The hottest comics crossover of the summer is now the coolest con-exclusive Minimate 4-pack! Hope Summers may be humanitys destroyer or mutantkinds savior, but whichever it is, three of the most powerful mutants in the X-Men army have united to protect her from Captain America and the Avengers. Hopes first-ever Minimate 2-inch minifigure is joined by three brand-new Minimates of Cyclops, Emma Frost, and Colossus in his new Juggernaut-inspired look.
sdcc2012xmenminimates
699788723319
129505
In Stock
New