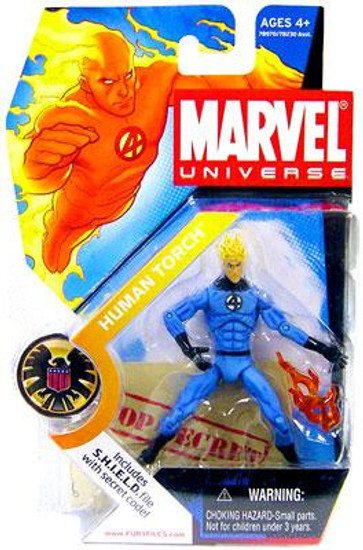 Johnny Storm was barely more than a kid when overexposure to cosmic radiation gave him his powers. At first, his youth made it difficult to control his powers, but years of experience have taught him a deep understanding of his talents. Now, a mere act of will is enough to cover his body with fire and fly at supersonic speeds, while the barest effort can result in a flame many times hotter than the sun.
Take on the Marvel enemies when you strike this collectible Human Torch figure for a pose in your collection! Fully articulated with detailed muscles and his signature blue-and-black uniform, this fire-throwing character also comes with a flame accessory for taking aim at the enemy.
Includes S.H.I.E.L.D file with secret code!
WARNING: CHOKING HAZARD Small parts. Not for children under 3 years.
mus2humant
653569355748
117790
Out of Stock
New