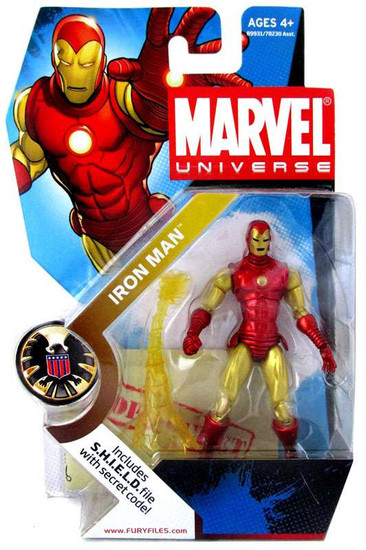 Multibillionaire industrialist Tony Stark has lived a double life as the hero Iron Man for decades. He is an engineering genius; the best weapons designer on the planet. He personally builds every iteration of the Iron Man armor, trusting no one but himself with the powerful technology he harnesses. He has used his dual role for both personal gain and the glory of mankind, as a solo adventurer, and a founding member of the Avengers.
Put this detailed Iron Man action figure in a battle-ready pose and take on the enemy! Fully articulated, hes ready to take a stand in your collection!
Action figure comes with a S.H.I.E.L.D. file with a secret code.
mus3ironmancl
653569375333
117777
In Stock
New