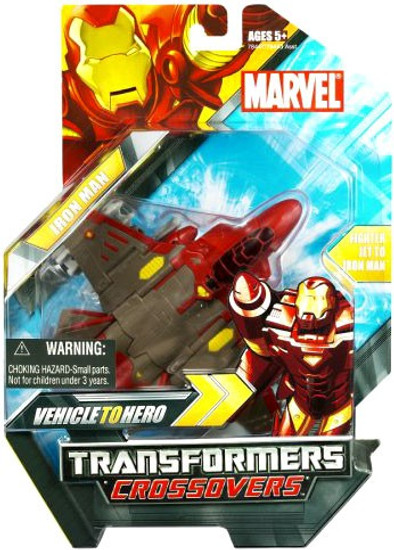 The very first battle suit developed by Iron Man was his own. It is the only one of the mechs built so far that can fly in both modes. It is also extremely powerful in battle, with a huge array of lasers, missiles and other weapons. Iron Man also incorporated an override system that lets him take remote control of most of the other battle suits he has built.
Whether in hero or vehicle mode, looking bold in red and gold, this is one force to be reckoned with! From missile-loaded fighter jet mode, convert the cool vehicle with a twist here and a turn there to unleash the mighty Iron Man figure in hero mode! With his double repulsor blast launchers and battle-ready stance, this super sidekick is ready to team up with you and take on whatever adventures your imagination can dream up!
marvelhybridironman
653569324034
195010
In Stock
New