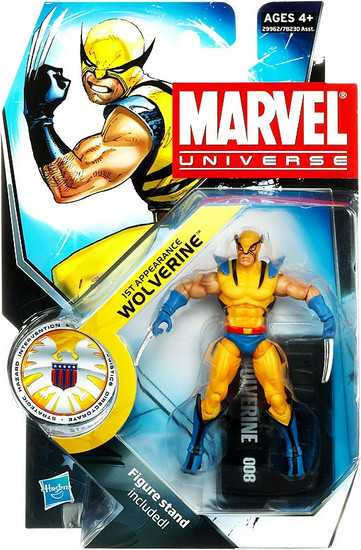 With the HULK rampaging across the territories, the Canadian government sends in their ultimate weapon. Where the entire might of the U.S. military has failed, it is hoped that the man known only as WOLVERINE can succeed. The HULK may be bigger and stronger, but for the first time he is outmatched in sheer savagery, as the clawed hero fights him nearly to a standstill.

Take part in the battle for the fate of the world with this renowned and ruthless action figure. Whether simply posed in his accompanying figure stand or engaged in enemy combat (additional figures sold separately), your WOLVERINE figure commands the attention that just might make him the last man standing.