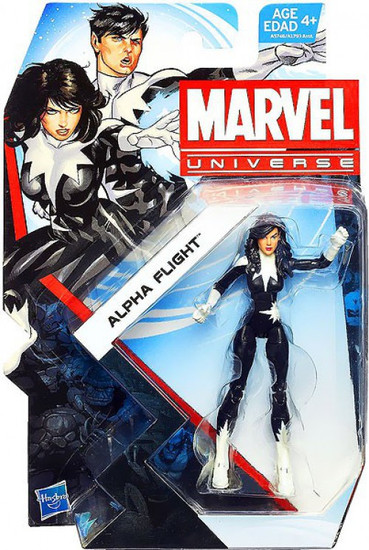 The X-Men are not the only team of mutants to take on the mantle of heroes. Operating from a base of operations in Canada, the members of Alpha Flight defend their nation against all threats with unyielding courage and their own incredible mutant powers. Your superhero adventures will be off the hook with these awesome Alpha Flight figures! They look just like the mutant heroes, and they'll defend the nation against evil. Send them into battle against their foes! Will justice prevail? It's all up to you! Marvel products are produced by Hasbro under license from Marvel Characters B.V.
mu24alphaflight
653569924760
80025
In Stock
New