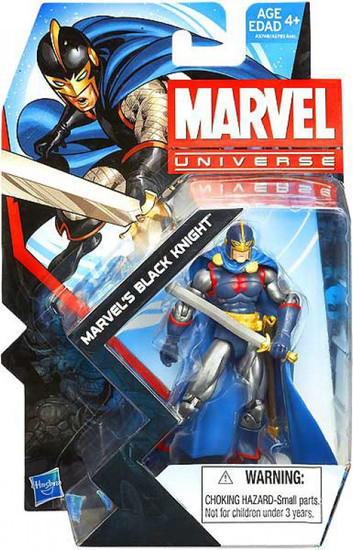 Donning a black helm and riding under a shroud of mystery, Sir Percy of Scandia heroically defended the realm of the legendary King Arthur. His enchanted blade was forged by Merlin from material found in a meteorite. As long as he wields it, he remains invincible to any enemy attack. Your superhero adventures will be off the hook with this awesome Marvel's Black Knight figure! He looks just like the invincible superhero, and he'll defend justice with his invincibility and his enchanted sword. Send him into battle against his foes! Will justice prevail, or will he? It's all up to you!
mu24blackknight
653569908395
80026
In Stock
New