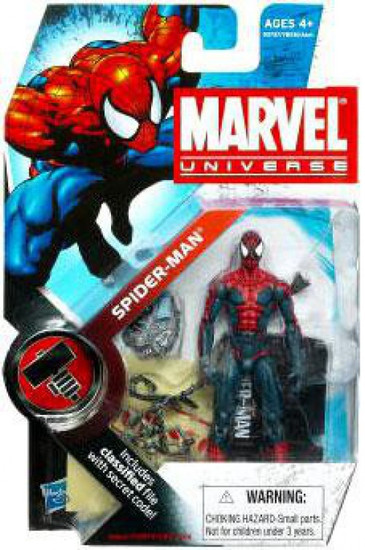 In a world twisted by the mutant magic of the Scarlet Witch every one of Peter Parker's wishes has come true. Spider-Man is one of the biggest celebrities in the world. The friends and family he lost over the years have been restored to him. His life is free of all the tragedy to which he has become accustomed, except for this one: it is all a lie. He has everything hes ever wanted, but because he is who he is, he will give it all up to do what is right.
Intricately detailed down to the last muscle, this articulated Spider-Man action figure is ready to fight! Send him into battle with his accessories to fight for the fate of the world or leave him posed for action on his stand as a warning against evil-doers everywhere!
Figure comes with a classified file with a secret code.
mus6spiderhouse
653569442622
118089
In Stock
New