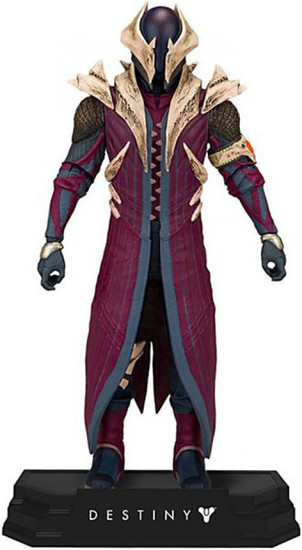 Warrior-scholars of the Light, Warlocks devote themselves to understanding the Traveler and its power. A Warlock's mind is an arsenal of deadly secrets, balanced between god-hood and madness. On the battlefield, those secrets can shatter reality itself.
Highly detailed sculpt of the Warlock modeled from in-game assets
Figure comes with the Touch of Malice scout rifle and Black Hammer sniper rifle
Fully customizable figure with 14+ points of articulation for dynamic posing
Figure comes in window boxed collector packaging and featured on a stylized Destiny branded display base
kingsfallwarlock
787926130027
154325
Out of Stock
New