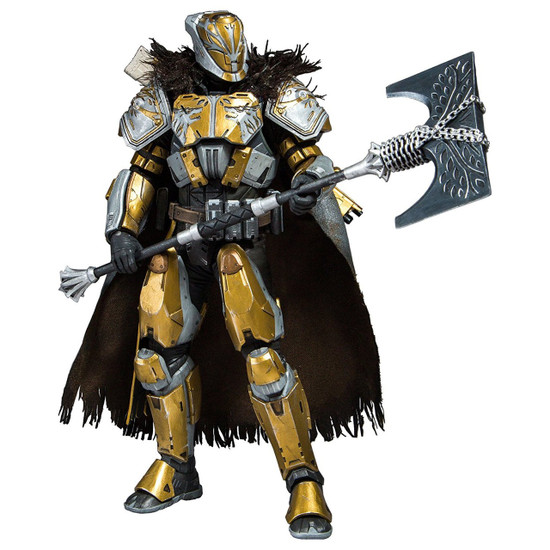 The last of the Iron Lords, Lord Saladin is a Titan who is a legendary hero and defender of the city, pegged with the task of containing the SIVA virus. After the events of the Taken War saw the Fallen and the House of Devils unearth the SIVA virus, Lord Saladin began seeking out Guardians to form a new generation of Iron Lords to end the threat once and for all.
Spectacular likeness of Lord Saladin modeled from in-game 3D models
Articulated Lord Saladin figure including alternate helmetless head
Figure features detailed cloth cape
Figure comes with a 9-inch Relic Axe and Jolder's Hammer Machine Gun accessories
Figure displayed in Destiny themed window box packaging.
destinylordsaladin
787926130065
155895
Out of Stock
New