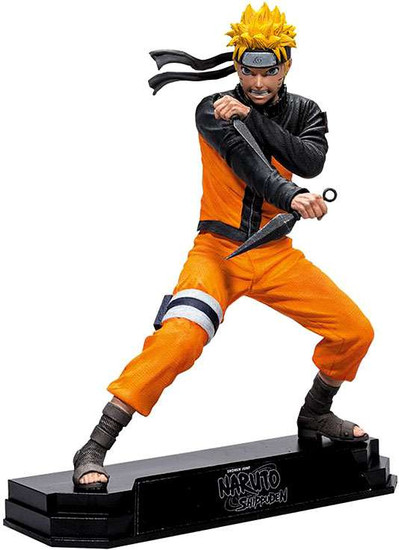 In becoming jinchriki (the vessel) of the Nine-Tails, many survivors of the attack on The Village Hidden in the Leaves blamed Naruto Uzukami, causing him to be shunned and ostracized by his home. Vowing to become Hokage (the Village Leader) and regain the respect of his peers, Naruto embarks on countless adventures, and encounters many hardships along the way. Throughout the journey, his abilities as a ninja begin to strengthen, allowing Naruto to become a true hero, not just to his village, but to the entire world.
7-inch figure of one the most popular anime characters ever, complete with stylized display base.
Figure comes with 2 Kunai Knives and multiple articulation points, for full customization.
Sculpted in his iconic outfit from the Naruto Shippuden television show.
Keep an eye out for additional Naruto Shippuden figures to come.
mcfarlanenaruto
787926120066
136001
In Stock
New