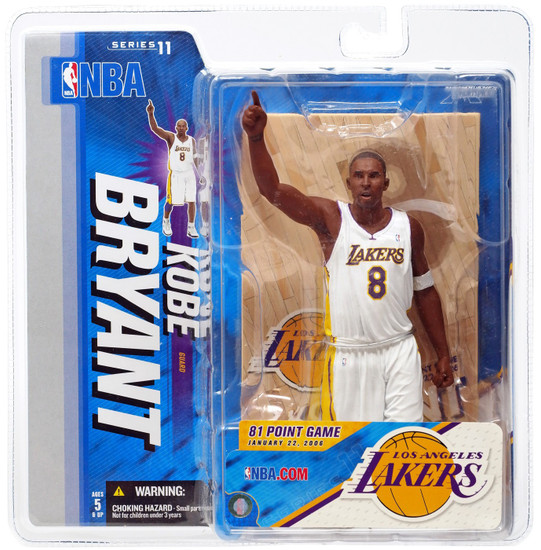 An up-and-down season for the L.A. Lakers was given an undeniable highlight on January 22nd, when Kobe Bryant put together the most dominant single-game performance since Wilt Chamberlain's 100-point game in 1962. Bryant absolutely shredded Toronto, scoring 81 points while leading the Lakers to a 122-104 victory over the Raptors. Kobe shot 28-for-46 from the field, and single-handedly outscored Toronto 55-41 in the game's second half. The 81-point explosion is the second-highest single game point total in NBA history.
mcfarlanekobebryant4
787926764413
187050
In Stock
New