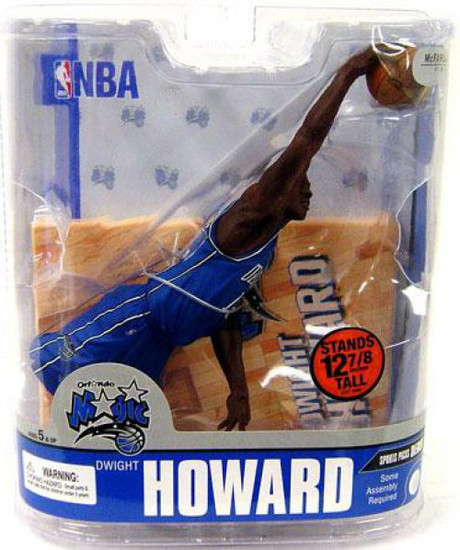 The highlight of this year's NBA dunk contest was watching Howard dunk a ball with his right hand while slapping a sticker onto the backboard with his left. The sticker measured 12 feet and six inches from the ground. The awe-inspiring dunk only garnered a 42 score from the assembled judges (Michael Jordan offered an "8" score, to which Charles Barkley remarked, "Michael done lost his damn mind.") It's just the beginning for the 21-year-old Howard, who looks to team with Rashard Lewis and lead the Magic into the playoffs in 2008.
mcfarlanenba13howard
787926764857
191449
In Stock
New