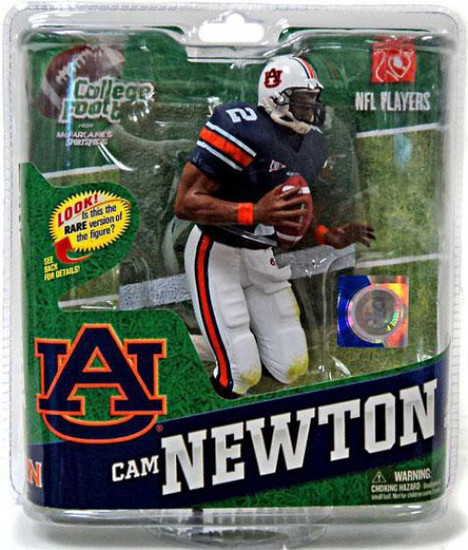 While leading the Tigers to a National Championship victory in 2010, Newton became only the second player to record 20 or more passing and rushing touchdowns in the same season. That same year, Newton became the third Tiger awarded the Heisman trophy. Later drafted by the Carolina Panthers with the first overall pick in the 2011 NFL Draft, he continued to break records and was named the NFLs Rookie of the Year. This is Newtons first appearance a main lineup, previously available only as a Collector Level figure in NFL Series 28.
camnewtonauburn
787926747157
120729
In Stock
New