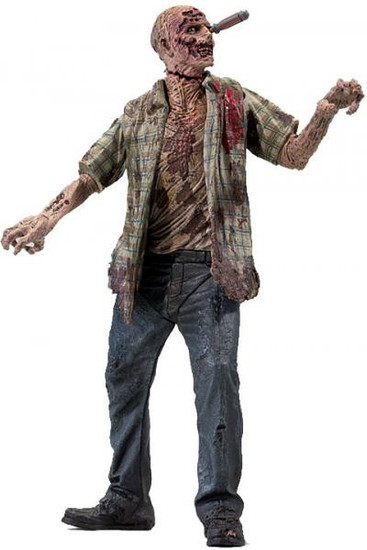 This figure comes in 2 different style packages. It is the SAME EXACT figure inside just a narrower or wider package. We will pick and ship it randomly. Thank you.
$39.99
(You save )

During the opening scene of season two, a mob of flesh-eating zombies swarm the group. Unaware of the flesh-eating zombie onslaught, Andrea becomes trapped in the recreational vehicle when one climbs aboard. Under attack from this RV Zombie, Andrea fights back, stabbing the zombie in the eyeball with a screwdriver. Our zombie figure simulates that scene with a flip-back head play-action and a removable screwdriver in it's eye.
walkingdeadtvs2zombie2
787926188455
120767
In Stock
New