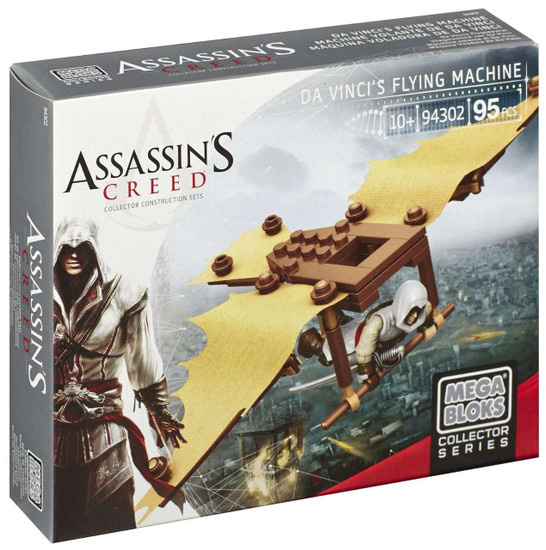 Originally designed and built by Leonardo da Vinci, the Flying Machine was an airborne glider first tested in Venice by the Assassin Ezio. Inspired by birds, the glider makes it possible for Assassins to fly and unleash an attack from the sky. Build your own Da Vincis Flying Machine by Mega Bloks Assassins Creed and discover the speed and stealth of this incredible invention. Constructed with actual canvas tarp, the wings of this attack bird maneuver and soar past enemy lines. Customize your Ezio micro action figure with battle-ready gear including a hood and sword, then easily attach him to the Flying Machine to pilot the assault.
Ideal for ages 10 and up
Features:
One Ezio Auditore micro action figure with detachable hood
Buildable glider with real tarp material and buildable display environment
Comes complete with sword and accessories
Combine with other Assassins Creed buildable sets by Mega Bloks to recreate historic battles and adventures
megabloks94302
065541943025
125092
Out of Stock
New