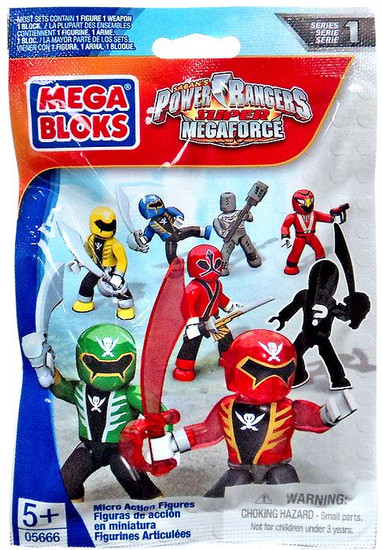 Morph into action as Super Megaforce rangers, Legendary Rangers or Armada villains with the Mega Bloks Power Rangers Super Megaforce Micro Action Figure Collector Pack Series 1! Each Collector Pack contains a fully armed micro action figure ready to join the fight between good and evil! Current Super Megaforce Rangers and Legendary Rangers from the past join up to the fight against Prince Vekars minions from the Armada. From common to ultra rare including a super secret micro action figure to collect a surprise character is found in every pack!
Ideal for ages 5 to 7.
megabloks5666
065541056664
124555
In Stock
New