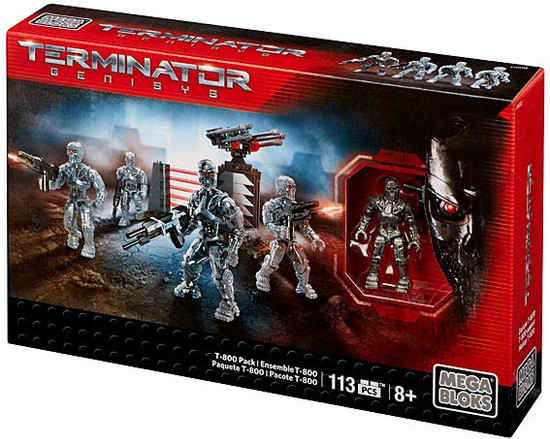 Build the T-800 Pack by Mega Bloks Terminator Genisys and assemble your own impenetrable cybernetic guard of T-800s. Mass-produced for combat and infiltration, these four standard metal skeleton T-800 Terminator units patrol the perimeter of the Skynet work camp, programmed to destroy any human prisoners that attempt an escape. Build the futuristic, laser-rigged prison gate with its rotating turret gun, and set your four highly detailed, articulated T-800 micro action figures at the ready. The T-800s feature two different color variants and come with interchangeable weapons for customization.
megablokst800
065541380714
127399
Out of Stock
New