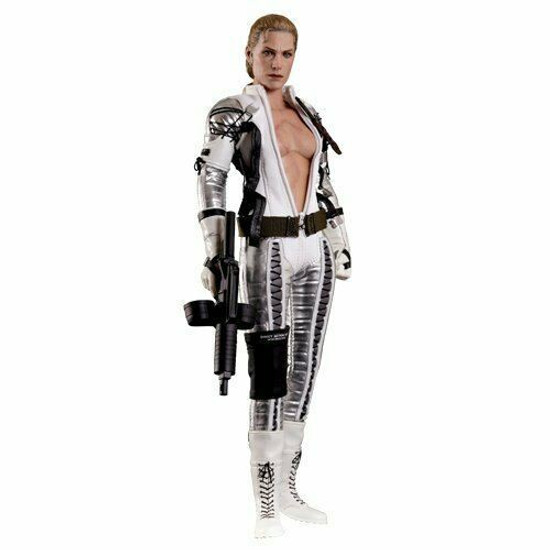 We carefully inspect each copy of this figure for damage. Due to the collectibility and fragility of this item, we cannot accept a return once it has been opened.
$299.99
(You save )

Sideshow Collectibles and Hot Toys are proud to present the The Boss Sixth Scale Figure from the Metal Gear Solid 3: Snake Eater video game. The collectible is specially crafted based on the image of The Boss in the video game, highlighting the newly developed head and body sculpt, highly detailed costume and weapons.

Authentic and detailed fully realized likeness of The Boss in the Metal Gear Solid 3: Snake Eater video game
Approximately 28 cm tall
TrueType body with over 28 points of articulations
Realistic golden hair sculpture with ponytail
Six (6) pieces of interchangeable gloved palms including:
One (1) pair of fists
Two (2) left relaxed palms
One (1) right palm for holding patriot
One (1) right palm for holding knife
Each head sculpt is specially hand-painted
One (1) set of white and silver colored sneaking suit with strap in waist and pad on right knee
One (1) black cape
One (1) pair of white boots
One (1) Davy Crockett launching with case
One (1) Davy Crockett warhead with case
One (1) patriot
One (1) CQC knife with magnet
Figure stand with The Boss nameplate and video game logo
mgs3theboss
4897011174501
241410
In Stock
New