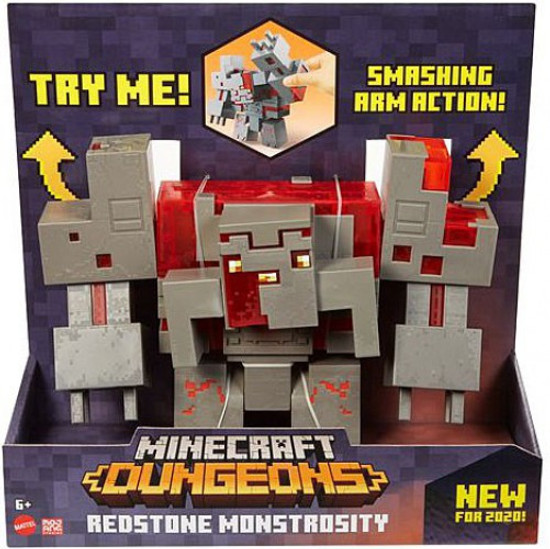 Now kids can play out Minecraft Dungeons action in real life with the utterly ferocious big boss Redstone Monstrosity! This iconic boss mob measures a massive 10-in wide and over 7-in tall, so it's as daunting in the real world as it is in the video game. Several joints rotate including head and spring-loaded shoulders that actually spin a complete 360 degrees! Great for storytelling and battle play. This enormous Minecraft villain makes an imposing enemy for other Minecraft characters (sold separately), so armor up and let the battles begin!
redstonemonstrosity
887961933093
335089
In Stock
New