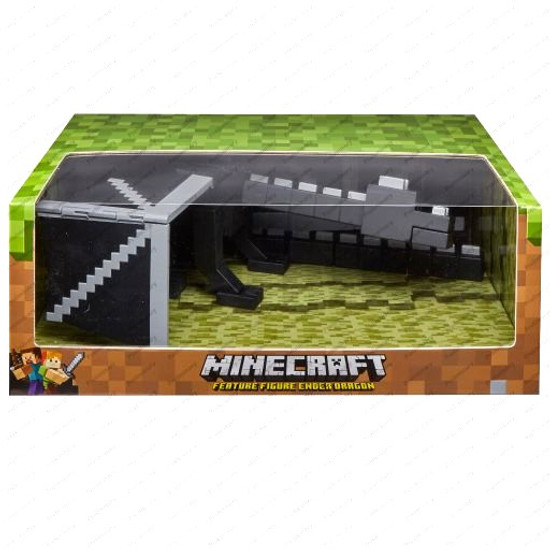 In the world of Minecraft, the Ender Dragon is a final mob boss in the video game. Every true explorer dream of defeating this defender of The End, and now you can do battle with the Ender Dragon in the real world! He's massive! Big and imposing, with double-hinged, wing-flapping action and adjustable tail, this Ender Dragon is fantastically authentic to the world of Minecraft. With roaring sounds and light-up eyes, he's a force to be reckoned with. And he shoots "fire balls" from his mouth, so all who dare to oppose him, watch out! This large-scale Ender Dragon makes a great gift for a true Minecraft fan.
enderdragonfigure
887961658057
261047
Out of Stock
New