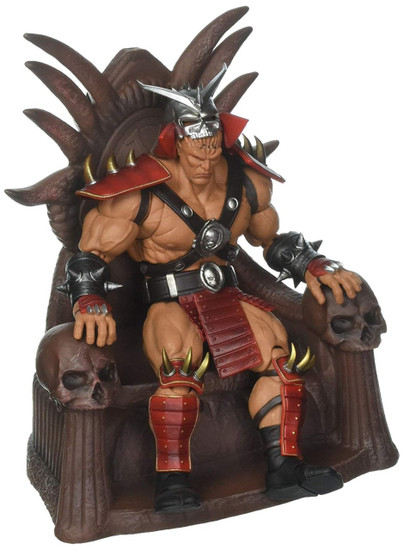 Shao Kahn first appears in Mortal Kombat II in 1993 as the final boss and main antagonist. Shao Kahn was Outworld's protector and an advisor to the realm's rulers, Onaga. The Mortal Kombat tournament prevents him from taking the realm by force, but if Shao Kahns champions win 10 consecutive tournaments, Earthrealm will be his. As long as his champions Shang Tsung and Prince Goro do not fail him, he will ... be victorious.
stm87043
4897072870435
169511
Out of Stock
New