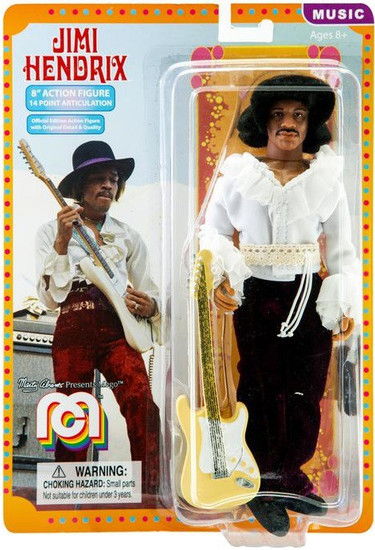 Official Edition Action Figure with Original Detail and Quality! 8-inch figure, 14 point articulation. There are very few artists that revolutionize, transform and advance their art to the extent that Jimi Hendrix did in the 1960s and 1970s. His imagination and virtuosity created a distinctive style that would define how an electric guitar should be played. A talent so encompassing that his art and influence has consistently been reflected in those that would come after him. MEGO Corp. is honored to capture Hendrix at the height of creative talents closing the Miami Pop Festival in 1968; his distinctive look and style exceeded only by his ability to combine jazz, rock and blues in a way that no one before or since has been able to.
megohendrixmiami1968
850002478761
284402
In Stock
New