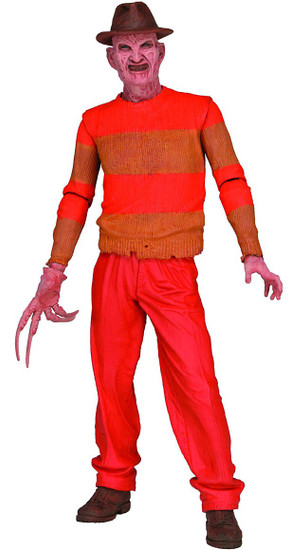 Due to the fragile nature of NECA Collectibles we cannot accept returns on opened product. We inspect each figure before sending it out, but figures can be damaged in transit. Please make sure to inspect your figure for damages BEFORE opening it.
$74.99
(You save )

Freddy is the companion piece to the Friday the 13th Classic Video Game Jason, one of the hottest SDCC Exclusives this Summer.
Released in 1989 for the super popular 8-Bit home console, the video game Nightmare on Elm Street is so bad... it's good. A cult classic if there ever was one, NECA's Freddy Krueger (1989 Video Game Appearance) will be a fully articulated 7-inch figure done up in that truly horrifying video game deco.
nesfred
634482398135
79604
In Stock
New