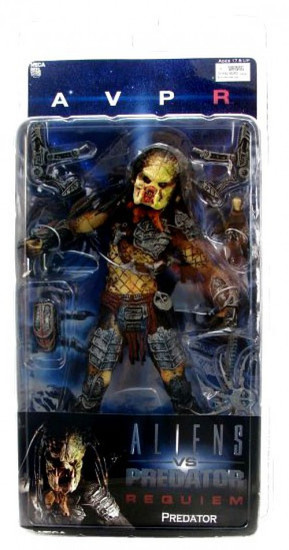 Due to the fragile nature of NECA Collectibles we cannot accept returns on opened product. We inspect each figure before sending it out, but figures can be damaged in transit. Please make sure to inspect your figure for damages BEFORE opening it.
$154.99
(You save )

On Christmas Day, 2007 the war between the Aliens and the Predators resumes with the theatrical release of Aliens Vs. Predator: Requiem. These action figures, based on the film, feature a variety of Alien and Predator characters from the film. Each stands 8" tall, are detailed, and feature multiple points of articulation.
necaavprpredator
634482514061
193156
In Stock
New