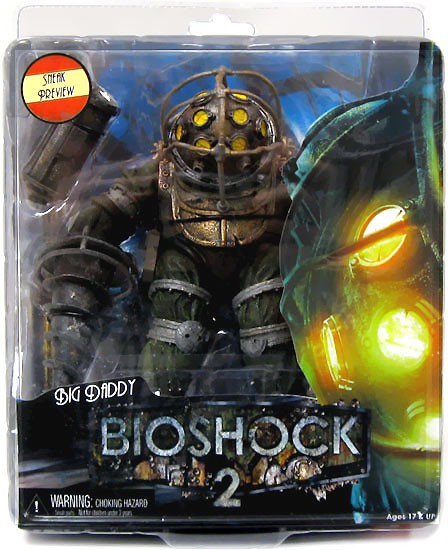 This Fall brings the release of Bioshock 2, the sequel to the best-reviewed game of 2007 and, for the first time ever, Bioshock action figures. This first series includes the enormous Big Daddy, featuring loads of articulation, removable tanks, and his deadly drill arm. The series also includes a special deluxe 2-pack featuring the Big Sister and Little Sister. The Big Sister stands nearly 7" tall and comes with a removable tank and cage that allows her to carry the Little Sister along. The amazing detail and articulation make these some of the best video game figures ever made!