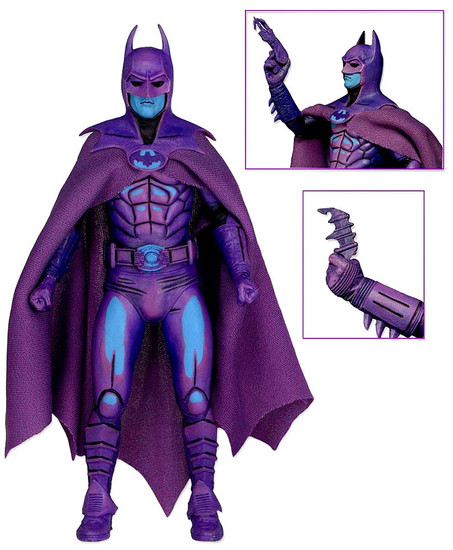 Due to the fragile nature of NECA Collectibles we cannot accept returns on opened product. We inspect each figure before sending it out, but figures can be damaged in transit. Please make sure to inspect your figure for damages BEFORE opening it.
$59.99
(You save )

Batman (1989 Video Game Appearance) is the sixth figure in our highly successful line of classic 8-bit video game tributes. Following Michael Keaton's iconic portrayal as Batman in the movie, the side-scrolling game was released in late 1989 for the super popular 8-bit home console, and is a true '80s classic.
Batman stands 7" tall, with over 25 points of articulation for great poses, plus removable cape, Batarang and Spear Gun accessories. The paint deco takes a stylized approach to reproduce the game's original cel-shaded look.
This limited edition figure comes in special window box packaging with opening flap to re-create the look and feel of the classic 1989 video game packaging.
nvgbatman
634482614242
88950
In Stock
New