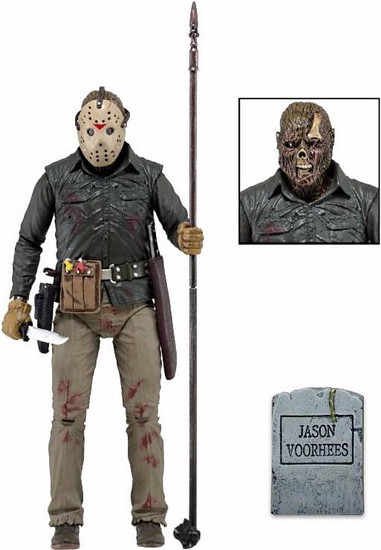 To commemorate the 30th anniversary of Friday the 13th Part 6, we present the definitive collector's version of Jason as he appeared in the 1986 film Jason Lives!
This deluxe 7" scale action figure features a gruesome, freshly unearthed sculpt and over 25 points of articulation.
It's loaded with accessories, too: removable mask, a machete and a knife that both fit into sheaths on his belt, the fence post that reanimated him and his tombstone.
jasonlivesfigure30th
634482397145
109347
In Stock
New