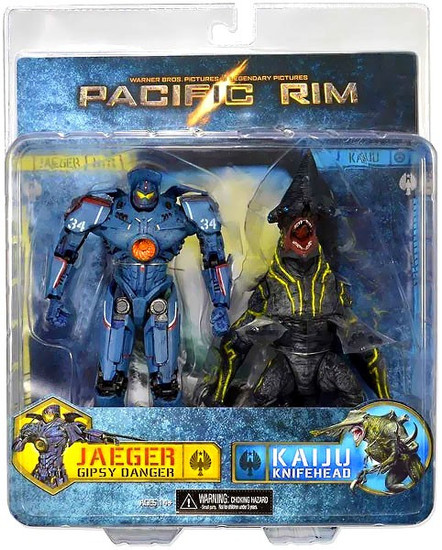 Due to the fragile nature of NECA Collectibles we cannot accept returns on opened product. We inspect each figure before sending it out, but figures can be damaged in transit. Please make sure to inspect your figure for damages BEFORE opening it.
$254.99
(You save )

This special two-pack of action figures from the epic sci-fi action film Pacific Rim includes the heroic Gipsy Danger and the toxic Knifehead!
The 7 inch scale action figures were created directly from the digital files used by ILM in the making of the movie, so they're entirely accurate and incredibly detailed. Plenty of articulation means you can easily recreate the film's epic monster vs. mech battles!
necapacrim2pk
634482318409
79882
In Stock
New