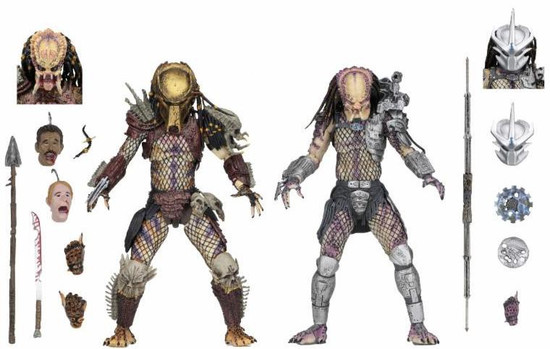 Ultimate Bad Blood and Ultimate Enforcer each have two interchangeable head sculpts: Bad Blood has a new masked head and Enforcer has a new unmasked head. Figures stand approximately 8" tall and feature new, less stylized deco and over 25 points of articulation.
necapredatorultimate2pack
634482515709
183828
Out of Stock
New