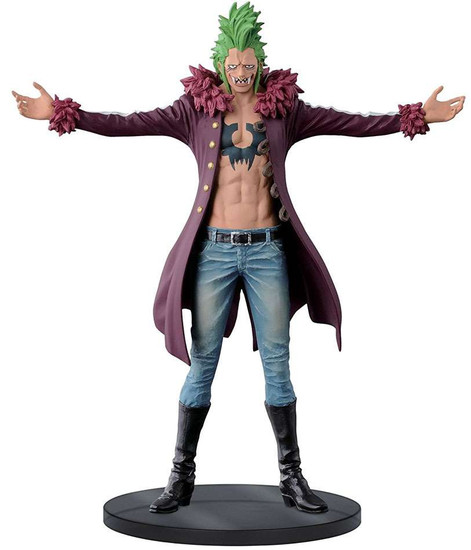 Bartolomeo was selected as 11th item of the series from consumer voting by ONE PIECE fans. Comes with a figure stand. Banpresto's One Piece DXF series features high-detailed, collectible STATIC figurines meticulously sculpted with uniform series scale from the popular anime series. The DXF figures could only be found in Japan's UFO Catcher games, and are difficult to get the exact figure you want. This brand new figure sub-series from the DXF line is called: "JEANS FREAK" and has fans favorite One Piece characters adorned in their jeans.
onepiecemasterstarsjeansbartolomeo
045557342982
154638
Out of Stock
New