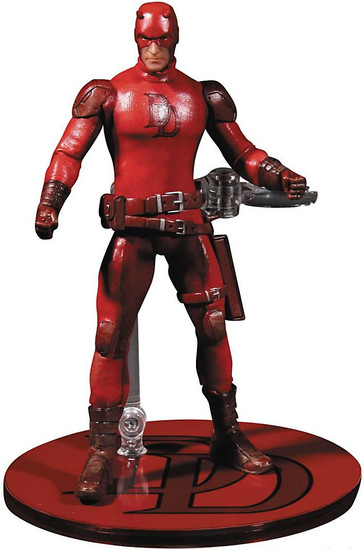 Each figure is packaged in a deluxe, fifth panel window box with translucent acetate slipcover. Designed for collector convenience, the packaging allows for both maximum protection as well as ease of removal for display.
mezcoone12daredevil
696198762716
128851
In Stock
New