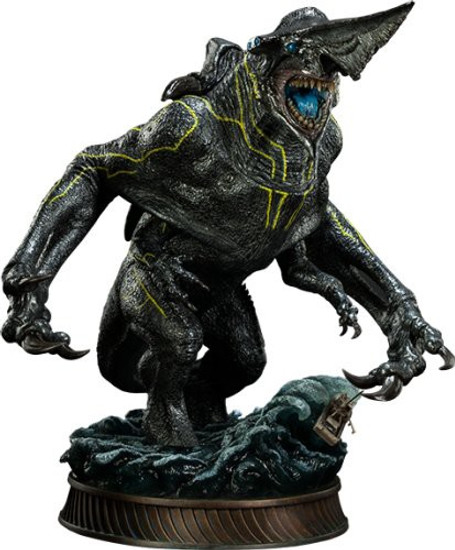 We open and inspect each statue to ensure there are no quality issues.
$599.99
(You save )

'Today we face the monsters that are at our door'
A horrifying monster, codenamed Knifehead, rises up from the depths of the Pacific Ocean to annihilate mankind. Designed and developed in partnership with Guillermo Del Toro, the threat Category 3 monster comes to life with four sets of razor sharp claws and a monstrous headblade, capable of tearing boats, buildings and mechs to shreds. The Knifehead: Pacific Rim statue from Sideshow Collectibles is an outstanding introduction to your Pacific Rim collection.
sscknifehead
747720221871
78714
In Stock
New