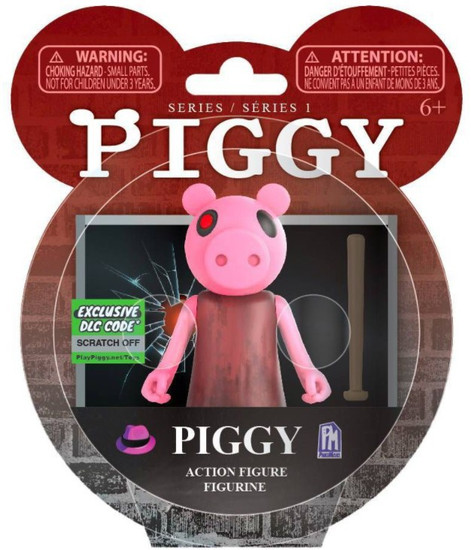 Build, swap, and play with the official Piggy Action Figure from the hit game PIGGY. Bend and pose this detailed Piggy figure, then make it your own by swapping the modular parts with others from your PIGGY Action Figures collection!
BUILDABLE: Build your figure, then swap the interchangeable parts with your other PIGGY Action Figures!
POSABLE: Articulated parts bend and move. Figure stands 3.5" tall (varies slightly by character).
COLLECT THEM ALL: Complete your Series 1 collection with the full Action Figure Set of 5: Piggy, Foxy, Dinopiggy, Clowny, and Tigry.
IN-GAME VIRTUAL ITEMS: Includes DLC Code that can be used to unlock exclusive in-game items, like Badges, Piggy Tokens, and Skins.
OFFICIALLY LICENSED: Genuine PIGGY merchandise by PhatMojo.
piggyactionfigure
812241038045
344189
In Stock
New