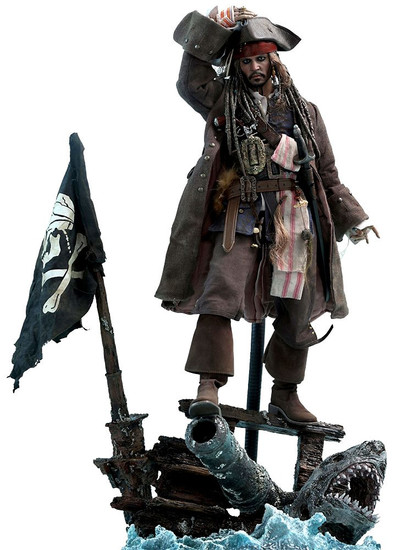 Pirates of the Caribbean

We carefully inspect each copy of this figure for damage. Due to the collectibility and fragility of this item, we cannot accept a return once it has been opened.
$799.99
(You save )

Pirates of the Caribbean

The dead have taken command of the sea. They're searching for Sparrow!
Coming up, another legendary Disney production, Pirates of the Caribbean: Dead Men Tell No Tales is just around the corner. After 6 years, the highly anticipated blockbuster will finally be released later this month. Cursed by Captain Jack Sparrow into the Devil's Triangle, the terrifying Captain Salazar is resurrected and made a dead set at taking out all pirates at sea, particularly seeking out Jack Sparrow at all cost for his revenge. Its been a long voyage since the Pirates of the Caribbean: On Stranger Tides in 2011.

Pirates of the Caribbean Battleship Board Game