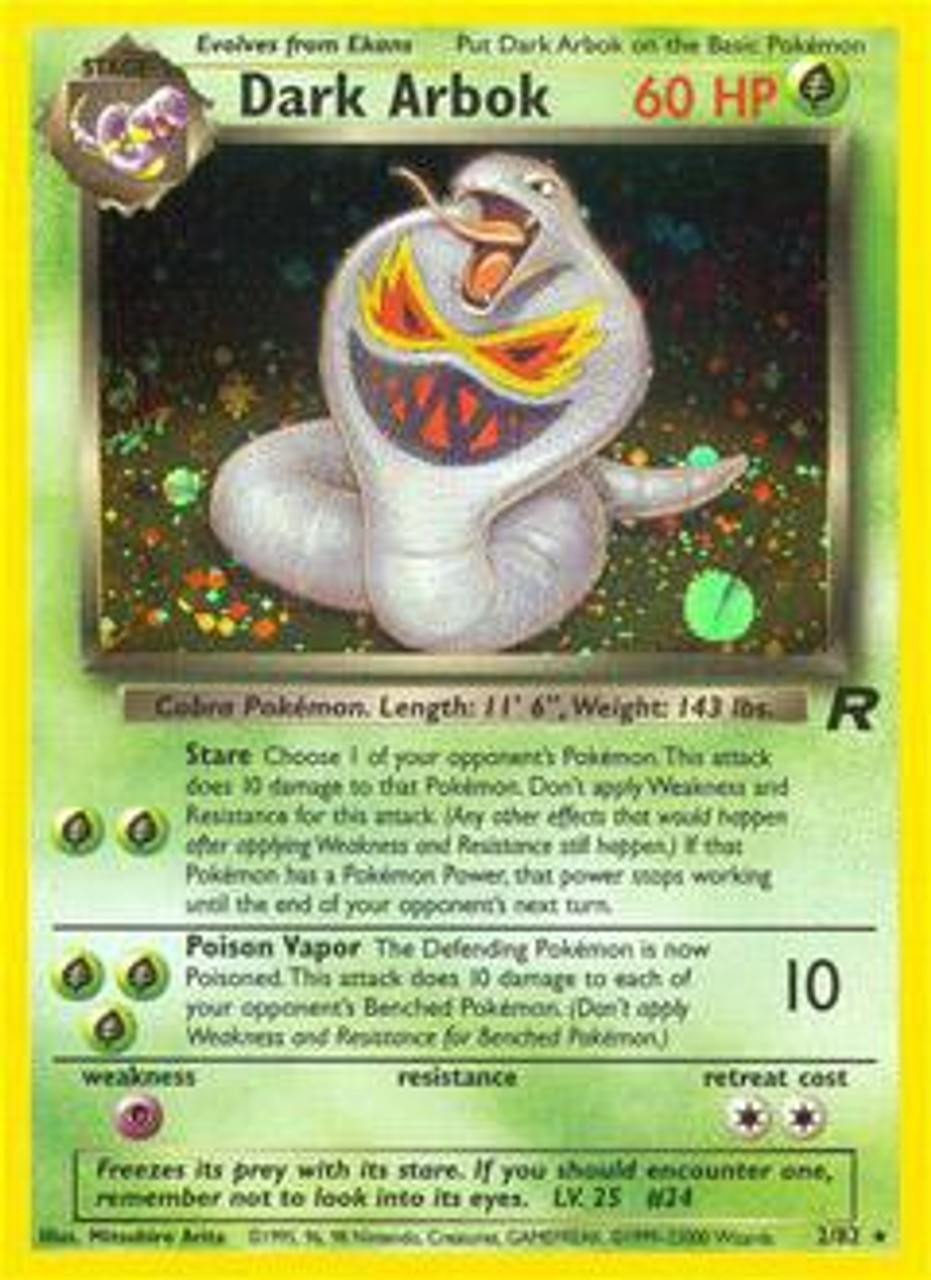 RELATED
CUSTOMERS
RECENTLY
Product Description
Grass. Stage 1. 60HP. Weakness: P. Retreat Cost: 2. [GG] Stare - Choose 1 of your opponent's Pokemon. This attack does 10 damage to that Pokemon. Don't apply Weakness and Resistance for this attack. (Any other effects that would happen after applying Weakness and Resistance still happen.) If that Pokemon has a Pokemon Power, that power stops working until the end of your opponent's next turn. [GGG] Poison Vapor (10) The Defending Pokemon is now Poisoned. This attack does 10 damage to each of your opponent's Benched Pokemon. (Don't apply Weakness and Resistance for Benched Pokemon.)
Condition/Collector Notes
Cards may be normal or reverse foil we do not differentiate between the two.
×
Click here to learn how your order may be affected by current COVID-19 restrictions.