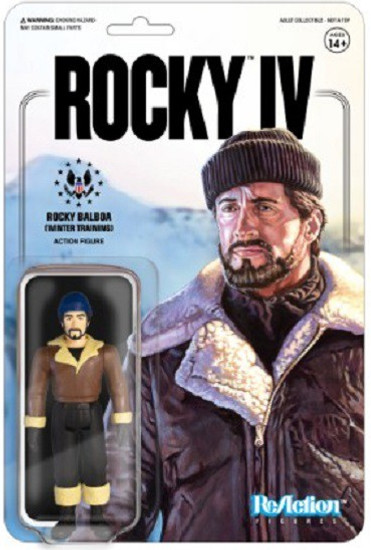 Rocky IV, a 1985 American sports drama film written, directed by, and starring Sylvester Stallone, was the highest grossing sports movie for 24 years. In this film, Rocky trains in the snowy Soviet Union in a leather bomber jacket for a fight against Drago to avenge the death of his friend, Apollo Creed, and defend the honor of his country. 3.75' ReAction Figure in Bomber Jacket.
rockyreactionrockywintergear
811169033408
291119
In Stock
New