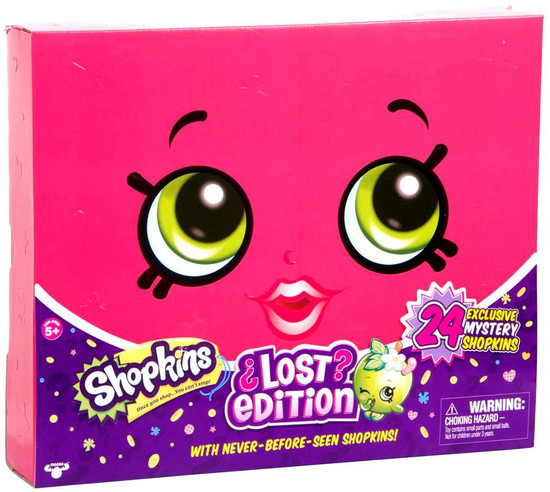 These LOST SHOPKINS have been found!
Originally designed to launch in Season 1, these stylish Shopkins missed out and were misplaced. Lost but not forgotten, they have been re-discovered and are now finally available for release as part of The Lost Edition
Inside the box are 24 Exclusive Never-Before-Released Shopkins dressed in surprise patterns, as well as other fan favorites dressed in patterns to match.
shopkinlostedition
630996565513
155175
In Stock
New