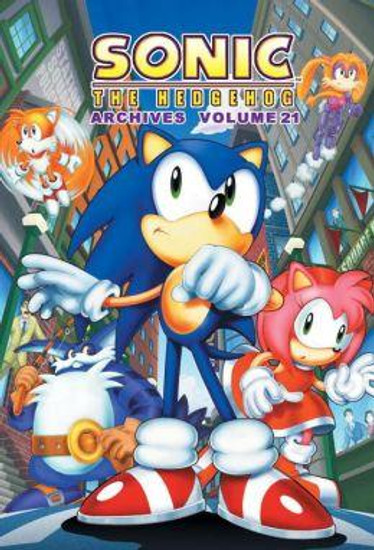 It's the beginning of the highly anticipated comic adaptation of the revolutionary Sonic game, Sonic Adventure!

On the heels of Dr. Eggman's return, Sonic must cope with Eggman's increasingly villainous actions, including an attack on the Master Chaos Emerald itself! As if that wasn't enough, immortal villain Mammoth Mogul returns to wreak havoc as mega Sonic fan Amy Rose does everything she can to get the attention of her idol. Once again, the world of Mobius is swathed in chaos and it's up to everyone's favorite blue blur to set things right. This story marks the beginning of the modern era of the Sonic game franchise!
sonicvolume21
9781936975563
82749
Out of Stock
New