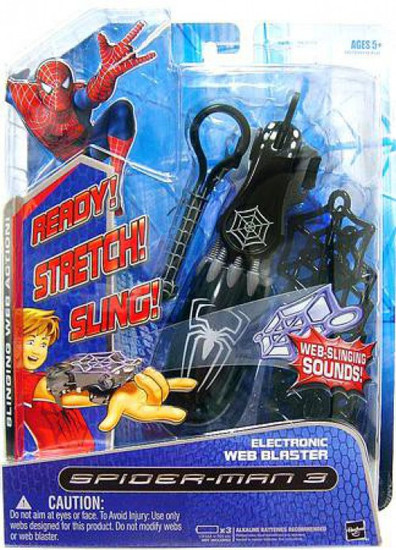 Things were looking good for Peter Parker at the end of Spider-Man 2, he had the girl, he beat the bad guy and saved the city. But slowly things have gotten dark, Sandman, a nearly unstoppable villain has appeared, Harry has taken up the mantle of the Goblin and slowly his new costume is twisting his mind like some sort of venom...Will Spider-Man be strong enough to beat two villains and his own dark thoughts? Find out in Spider-Man 3 and then come to ToyWiz.com to snatch up your favorite action figures!
webblasterblack
653569250883
191885
Out of Stock
New