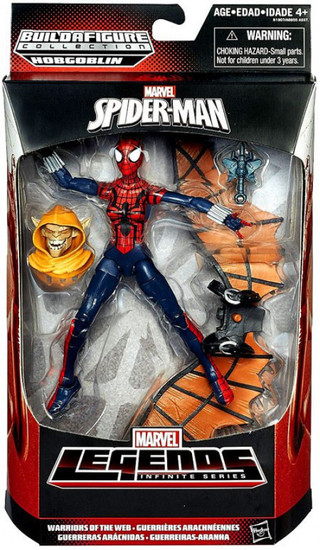 We will ship whichever of the two figures we receive from Hasbro.
$89.99
(You save )

These heroines trap evil-doers with web-slinging super powers! Build your own winged Hobgoblin figure with the parts that come with these cool Marvel Legends Infinite Series figures! This Spider-Girl figure has the web-slinging powers to outwit her villainous foe, and she also comes with a head and wing parts for you to build a Hobgoblin figure! Collect all 6 parts (other figures sold separately) to complete the criminal mastermind's body, then let him and your Spider-Girl figure duke it out! The action is epic when you build your own Hobgoblin figure! Marvel products are produced by Hasbro under license from Marvel Characters B.V.
webspidergirlinfinite
630509281084
100961
In Stock
New