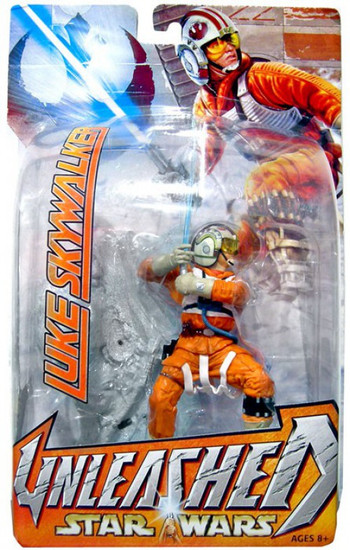 Even though his mission is simply to slow down the Imperial forces marching toward Echo Base, Luke Skywalker has the heart and soul of a Jedi Knight. He will never run from battle, even when huge AT-AT walkers threaten to crush him into the snow, even when waves of faceless stormtroopers march straight toward him. This may not have been his battle when he was a farmboy on Tatooine, but it is his fight now. The fire of freedom burns in his soul as brightly as the lightsaber he grips in his hands. He raises the ancient Jedi weapon, looking small and powerless against such overwhelming forces. But the courage and hope he carries within him give Luke the strength of an army and the power of a Jedi Knight. Engulfed in the huge footprint of a passing AT-AT, Luke stands defiant and unyielding, ready to fight until he can fight no more, ready to do battle to win peace and justice for an entire galaxy.