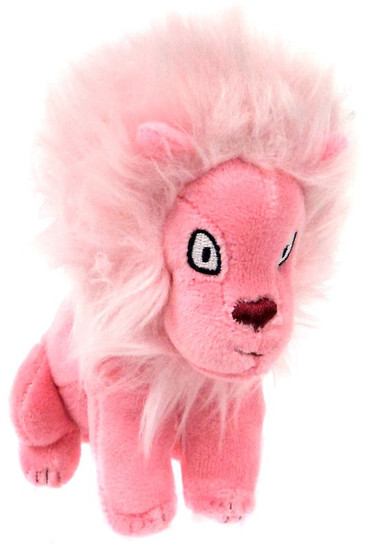 Lion Mini Plush from Steven Universe. "Lion" is a magical pink lion whom Steven befriends in "Steven's Lion". Lion protects Steven, as shown in "Steven's Lion" and "So Many Birthdays". It is revealed in "Lion 3: Straight to Video" that Lion had a deep connection with Rose Quartz. This connection is explored further in the episode "Rose's Scabbard". While Lion's exact relationship with Rose is unknown, it has been hypotheisised by Steven that he acted as a sort of 'living bag', in which she stored her most important belongings.
lionplushsteven
635510605690
136335
In Stock
New