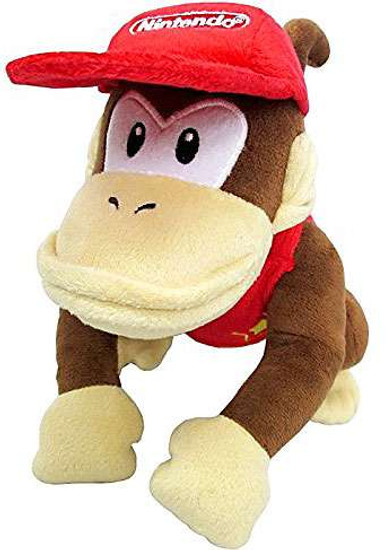 All your favorite Nintendo and Super Nintendo characters are back, in plush form! Collect all your favorites today!
Diddy Kong is a fictional character in the Donkey Kong series of video games, first appearing in the 1994 game Donkey Kong Country. He lives on Donkey Kong Island in the Kongo Jungle, and is identified by his red hat, which has a Nintendo logo on it, and shirt. He is Donkey Kong's best friend and sidekick. He is described as the "nephew wannabe" of Donkey Kong in the Donkey Kong Country manual and occasionally as a chimpanzee, despite his tail.
Waluigi is Luigi's evil counterpart and nemesis, as well as Wario's partner and rumored brother. Deliberately created to be a selectable character in various multiplayer games, Waluigi made his debut in Mario Tennis and has been playable in several games to date, although none of them can be classified as mainstream adventures in the Mario series.
plushdiddykong7
819996015871
162594
Out of Stock
New