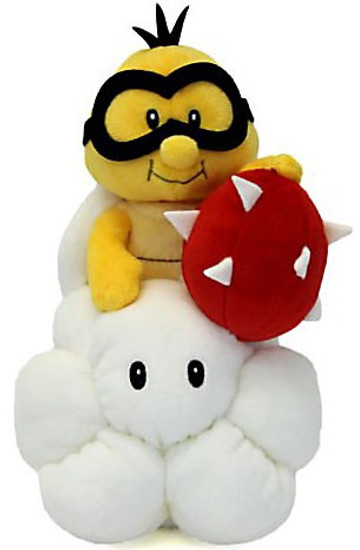 Lakitu debuted in Super Mario Bros., whose manual aptly describes the enemy as 'the mysterious turtle who controls the clouds.' However, they appear to be taking on more friendly roles in later games. After being asked what video game character would represent him the best, creator Shigeru Miyamoto replied that Lakitu would, as he 'seems to be very free, floating in the air, going anywhere', a type of personality to which Miyamoto can apparently relate. Even though they throw Spinies, they can also throw coins - if Mario passes through a Gold Ring. When they are defeated, their clouds can be ridden for a short amount of time in some games.
lakituplush9
819996014485
162647
In Stock
New